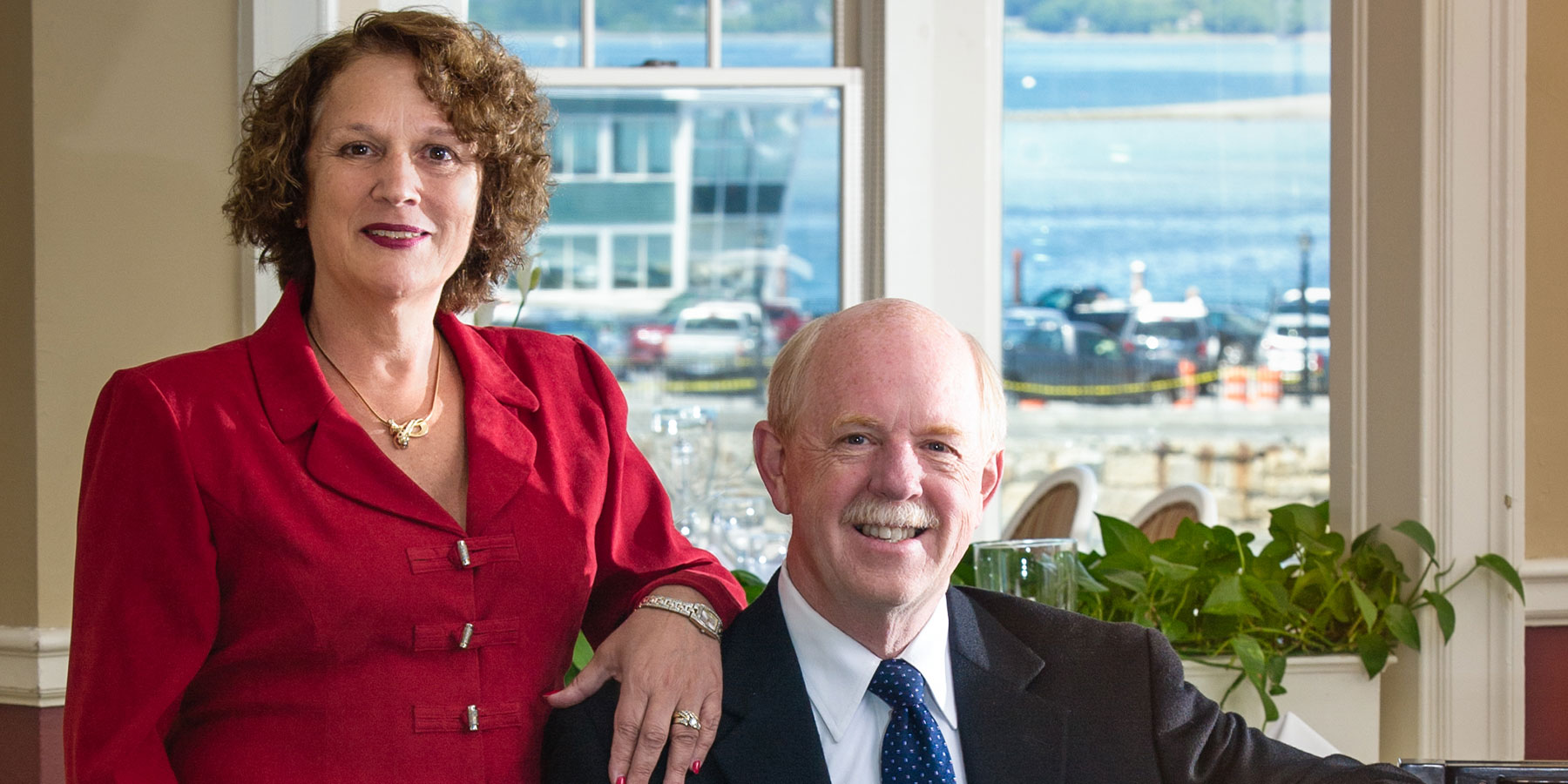 Anne and Robert Bahr share a passion for both the arts and hospitality. Cleftstone Manor reflects Anne’s flair for color and style, and Robert’s deep, articulate voice frequently greets callers. Their love for theatre and play can be seen in Lola, the fully costumed mannequin that dispenses candy on the second-floor landing and in the vast collection of new and vintage games throughout the inn. Anne and Robert met while they were performing together in the Gilbert and Sullivan Society of Hancock County, and they purchased Cleftstone Manor in 2003.

Anne’s family were innkeepers of a converted mansion in Bar Harbor, so it was natural that she took up innkeeping as a career. She renovated the Cleftstone’s sister inn, White Columns Inn, becoming its sole owner in 1991. Anne does much of the interior decoration herself, and finds another creative outlet in her unforgettable breakfasts. Ask for a recipe, she is delighted to share.

Robert has a knack for detail, and keeps reservations in order. Hailing from Iowa, Robert studied to be a concert pianist. Besides performing, directing and composing, Robert was music director for Memphis Ballet, executive director of Bangor Symphony Orchestra and executive director of Grand Auditorium.

They both keep involved in the arts. Anne continues to perform in local theater in the off-season as well as costuming local productions. Robert continues his passion for the arts by performing evenings at the Reading Room Restaurant. He continues to perform concerts in Maine and in the Midwest, and has a second album coming out in the spring of 2012.

Together, they host an annual costumed fundraiser for the Bar Harbor Bed and Breakfast Association, and offer star-studded hospitality to the guests of both Cleftstone Manor and White Columns Inn.